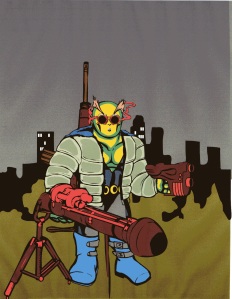 Powers and abilities: Ex-Marines turned nightclub DJ, Danny Greenway, has no powers that could be described as ‘super’. He trains physically to almost Olympic level fitness, and is a peerless marksman.

Skills: He was a bully at school, but also got bullied himself for being so vertically challenged. He is only 5′ 3″, (Rogue Advisor’s note; that’s the same height as Wolverine. Really. Hugh Jackman is way too tall for the role; should have been played by Peter Dinklage), and all the beatings he took and gave made him a well ‘ard brawler.

When he left school he joined the Royal Marines; according to the revised height requirements he only just managed to join. He served for 6 years, becoming a Paratrooper and familiarizing himself with every combat technique and weapon possible. He spent some time as a sniper, now he has the patience of a chopping block.

Origin: He left the marines in 2012, during the recession and couldn’t find a job, so he ended up sleeping on his mate’s couch. Paul Kenny, his accommodating friend, was a successful DJ at many clubs in the Essex area, (That’s South-East England for our non-British readers info), and in his spare time taught Danny the fine art of being a DJ. Soon enough, Danny was part-time DJ-ing and had another part-time job training Territorial Army recruits.

Unknown to Danny, while he had been gone, a drug war had started in his home town of sunny Southend-On-Sea. Paul had become part of this, allowing the Wickers gang sneaky entry into the clubs he DJ-ed at in return for a cheeky profit. But this backfired when the Cheung triad gang from York Road Chinatown killed most of the Wickers gang in a club called T.O.T.S, (Talk of the South), in a massive bloodbath shootout. Paul, the Cheung gang thinking him one of the Wickers gang, was kidnapped, tortured and mutilated beyond recognition before dying from his severe wounds.

The police couldn’t identify his corpse, because he was discovered naked, with no I.D, all his teeth had been pulled out and all his fingers cut off. The rest of Paul was so horribly burned and mutilated, they actually had trouble figuring out what gender he was.

He found this out from one of the few surviving member of the wickers gang, a 15-year-old burglar called Jamie Witt. Danny swore revenge. He took Paul’s identity, gaining him a lot of money to work on his plan of vengeance. Then he bided his time a little, drank a lot, which gives him his jaundiced appearance caused by liver damage, until the police investigation was over and the building the club was in was back on the market. By this time he was a full-blown alcoholic.

He purchased the nightclub formerly known as T.O.T.S, and refurbished it under the guise of a steel mill. He accomplished this by calling i some favours from his old Marine buddies, and bringing in an unholy amount of weaponry at the same time.

He took Jamie the young burglar under his wing, for scouting purposes, along with the most promising selection of his students at the Territorial Army Base. He wears no disguise, when he kills his enemies, he wants them to know who done it. The war rages still, the Cheungs are many and Boom Daddy’s crew are few, But he will never stop.

Until next time. Keep Creating 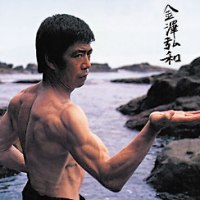 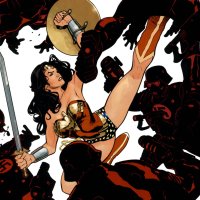 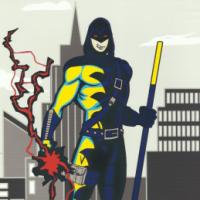